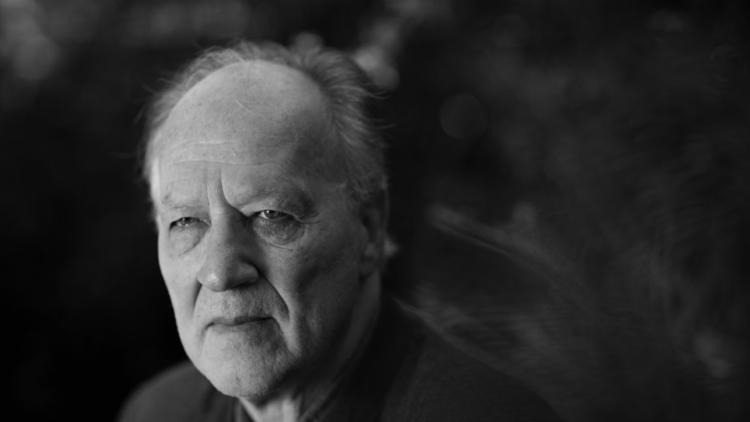 n the fine line separating the fearless from the reckless is where you’ll often find Werner Herzog. Again and again over his five decades in film, the German director has turned his lens on figures who walk that tightrope, frequently in exotic landscapes – the bear-obsessed loner of “Grizzly Man,” the Irish rubber baron who wanted to build an opera house in the Peruvian jungle in “Fitzcarraldo,” the oddball Antarctic poets of “Encounters at the End of the World.”

Such characters seem to be both reflections and projections of the director himself, who has become legendary for real-life episodes of derring-do in the execution of his professional duties, though Herzog recounts them almost nonchalantly.

He’s been detained during a coup attempt in Africa (“a case of mistaken identity – they were looking for a guy named Hertz,” he explains with a wave of the hand). He was shot in the crotch near Lookout Mountain in Los Angeles, not far from his home, during an interview with the BBC (“a minor wound,” he demurs, with a twinkle in his eye).

Perhaps most infamously, one of Herzog’s local crew members sawed off his own foot deep in the South American jungle to save himself from a poisonous snake bite. (“It was the right thing to do, because he survived,” Herzog intones matter-of-factly, his Bavarian accent still strong despite decades in America.)

But at 73, Herzog insists he remains firmly on the sane side of the line. 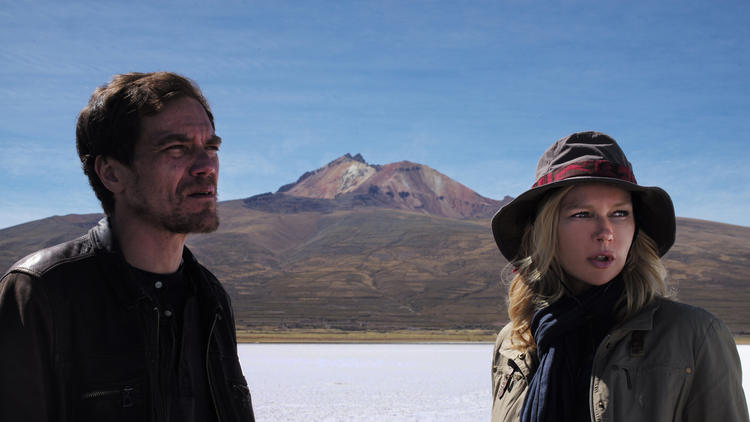 Yet even after 70-odd films, Herzog continues to push himself – and his collaborators — to extreme places, and “Salt and Fire” is no exception. A meditative and at times surreal thriller starring Michael Shannon and Veronica Ferres, it was shot in the remote high-altitude salt flats of Bolivia.

“Salt and Fire” is a kidnap drama set against a vague but ominous ecological disaster Herzog contrived called El Diablo Blanco. A multinational conglomerate headed by Shannon’s character has inflicted some unspecified havoc on the Bolivian landscape, causing the salt flats to multiply with terrifying speed; Ferres, playing a scientist, has been sent as head of a U.N. investigatory unit.

Before the probe can even begin, though, the scientific delegation is abducted. (In a quintessentially Herzogian twist, cosmologist and theoretical physicist Lawrence M. Krauss shows up as one of the bad guys; other characters quote Nostradamus and Ecclesiastes.)

Exactly why the hostages have been taken remains unclear until deep into the 98-minute production. As if things weren’t bad enough, the threat of a massive, planet-ending volcanic eruption looms over the desolate and deadly (yet hauntingly beautiful) white landscape, which in real life stretches over 4,000 square miles. 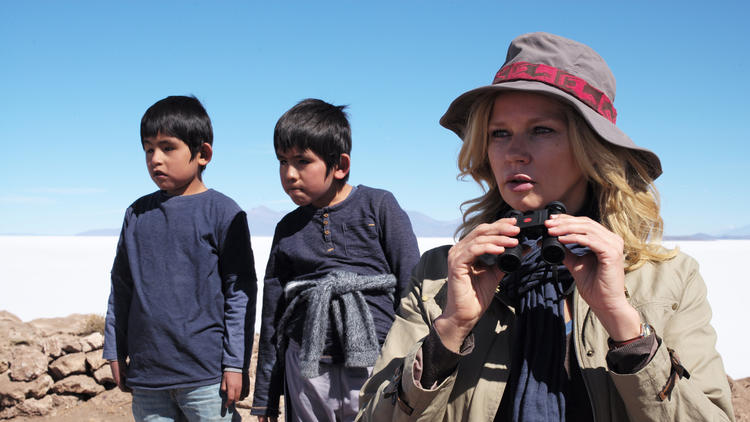 The plot for “Salt and Fire” was loosely inspired by Tom Bissell’s short story “Aral,” about how Soviet authorities’ misguided irrigation policies destroyed Uzbekistan’s Aral Sea. But Herzog describes “Salt and Fire” as being “like a daydream” and a work that “doesn’t follow the rules of cinema.”

Stranded in the blinding white salt flat, with its hexagonal crystalline shapes stretching to the horizon, Shannon’s and Ferres’ characters must come to terms with one another and themselves. “The question of ecology is very much in the background,” says Herzog.

“Salt and Fire” is Herzog’s second drama in a row with a female protagonist, following last year’s “Queen of the Desert,” which featured Nicole Kidman as British archaeologist and writer Gertrude Bell, who explored the Middle East in the late 19th and early 20th centuries. That movie, which debuted at the 2015 Berlin film festival to mixed reviews, should finally be coming to U.S. theaters this year.

“Personally I think I should have had female protagonists much more often in my filming life,” says Herzog, “but why it is like this, I cannot explain.”

He seems to have found a simpatico muse in Ferres, who had never worked with Herzog before.

“For me, it was really challenging, I have to admit,” said the 51-year-old, who spent weeks doing altitude conditioning in Europe before the shoot in the remote Bolivian location. “From the last village we saw, we were driving one day [to the salt flats]. Just along mud streets, and there were coyotes, and llamas and dried trees and rocks and nothing [else]. I thought, my God, what is Werner doing? If anything happens to anyone, we are one day away from any hospital. So he organized an ambulance car to follow us.”

At one point, Ferres said, Herzog had to enlist his leading lady to quell a near-mutiny among the crew, who were unhappy when water supplies ran out at the remote guesthouse where they were bunking, leaving them unable to shower.

Ultimately, Ferres – whose father died just before shooting began – came to find the solitude comforting, particularly during filming on a rocky island in the salt flats.

Herzog kept most of the crew largely away from Ferres during the filming to create both intimacy and intensity. “No one was allowed to even bring me tea or water. He did that,” she said. “He creates kind of a special space around you.”

“I’ve never filmed much footage. I do basically what I need for the screen,” he says. “Because of that, I’m done editing much faster than others.”

His writing process, too, is expedient. Penning “Salt and Fire” took him five days. His 1972 feature “Aguirre, the Wrath of God,” took just 2 days — largely on a bus filled with inebriated companions swilling from a keg of beer.

“I had this little typewriter on my knees,” he recalls. “Everyone was drunk, and singing obscene songs and even vomiting into my typewriter.”

Herzog says he typically “sees” a film in his mind, so writing a screenplay is just like copying a text. “If you can copy 20 pages a day, in five days, easily you have a screenplay,” he shrugs. “I’m done writing much faster than anyone I know.”

Which explains in part why Herzog is so prolific. His documentary on technology, “Lo and Behold, Reveries of the Connected World,” which premiered at Sundance in January, will arrive in American theaters this August. He’s teaching through the online platform Masterclass this summer.

In the meantime, he’s editing his next documentary, on volcanoes. Shooting for that has taken him to North Korea, Ethiopia, Indonesia and the remote Pacific island nation of Vanuatu.

“It’s not unhealthy; you’d better have a new film out every half year” to stay relevant, says Herzog. But even he admits that he’s got a lot in the pipeline.

“I have four projects coming out within eight weeks or so. Everyone, somehow, is after me for the moment.”