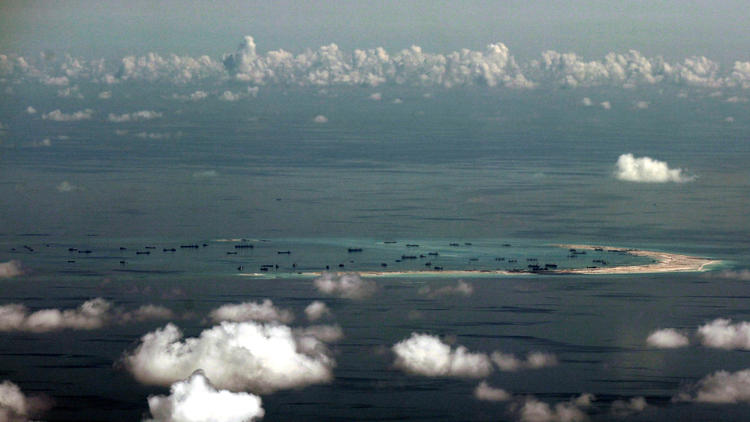 A May 11, 2015, aerial view of artificial islands built by China in disputed waters in the South China Sea, west of Palawan, Philippines. (EPA/RITCHIE B. TONGO/POOL)

China struck back loudly and forcefully Wednesday after an international tribunal invalidated many of its claims in the South China Sea. But Beijing has largely been silent about some of the tribunal’s most damning findings: that its activities there have “caused devastating and long-lasting damage to the environment.”

The Permanent Court of Arbitration investigated The Philippines’ claims that China has been doing grave harm to the region’s ecology, in violation of its commitments under the U.N. Convention on the Law of the Sea.

The panel of five judges consulted numerous experts, and what they found shocked even them, the tribunal wrote in its final ruling of more than 500 pages. Damage to the coral reefs in the Greater Spratly Islands spread for 48 square miles, and China was responsible for 99% of that, they said.

The tribunal found that China not only failed to prevent Chinese fishing boats from harvesting endangered species – including sea turtles – but also provided armed protection for those vessels. And it concluded that China was “fully aware of” and “actively tolerated” a practice called propeller chopping to harvest endangered giant clams — an activity that basically kills coral reefs. 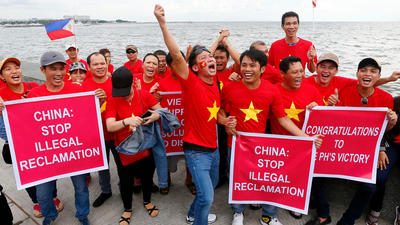 The South China Sea is one of the most biodiverse regions in the world — home to 76% of the world’s coral species and 37% of the world’s reef fish. Because coral reefs provide crucial habitats for fish and fish larvae, widespread loss can have a major economic and social effect.

Professor John McManus of the National Center for Coral Reef Research at the University of Miami, one of the experts the panel referred to, called on China and other countries in the region that have been fighting for years over territory in the South China Sea to set aside their differences and declare the region an international protected zone, the way Antarctica is managed.

“If we don’t do this, we are headed toward a major, major fisheries collapse in a part of the world where [that] will lead to mass starvation,” he warned in remarks Tuesday to a panel in Washington organized by the Center for Strategic and International Studies. He noted that such a collapse would hurt not just China but many countries in the region. “Talk about military instability,” he said.

Although some of the damage was caused by dredging and island-building, the majority was blamed on the giant-clam harvesting using propellers. McManus called the practice “more thoroughly damaging to marine life than anything he had seen in four decades of investigating coral reef degradation,” the tribunal noted. Many of the clam shells are taken to the Chinese island of Hainan, where they are carved into decorative items and sold to tourists.

See the most-read stories in World News this hour >>

“There is no hope for many of these reefs to recover in the coming decades or centuries,” Kent Carpenter, a professor at Old Dominion University in Virginia and another coral expert consulted by the tribunal, said Wednesday from the Philippines, where he’s on a research trip. “China is trying to solidify its claims, and they obviously have decided not to worry about the environmental aspects. … The environment there is now just written off.”

China issued a white paper Wednesday in response to the tribunal’s ruling, but it did almost nothing to rebut the tribunal’s findings on the environmental issues.

Before the court’s ruling, the state-run China Daily newspaper ran a commentary Tuesday saying that “some countries slander that China developing the South China Sea islands and reefs has caused extensive damage of coral reefs. On the contrary, the truth is, China insisted on developing ‘green engineering and ecology reefs’ as the concept of environmental protection.” 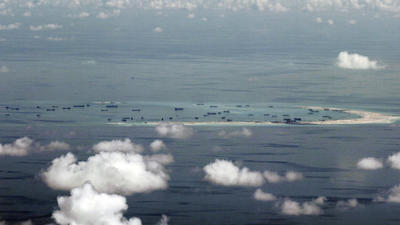 The newspaper claimed that China had “conducted thorough in-depth research” and “applied dynamic protective measures during the whole process, to complete projects as well as achieve environment protection, to accomplish sustainable development” in the area. “After China completes the construction activities, it will greatly enhance the reefs environmental protection capability,” the paper added. “These practices can stand the test of time.”

tribunal’s proceedings, and did not respond to requests from the court to provide evidence of its efforts to protect the environment in the South China Sea or proof that it had conducted an environmental impact assessment — as required not only by UNCLOS but China’s own laws.

Dan Liu, a researcher at the Center for Polar and Deep Ocean Development at Shanghai Communications University, told the CSIS panel that the Philippine claims were “some kind of political mask” and questioned how the experts could evaluate the reefs unless they visited them personally — something nearly impossible given China’s non-cooperation with the tribunal.

But Carpenter said that satellite imagery and other available data made assessments relatively straightforward. The tribunal said that it and the experts it consulted found many of China’s public statements about its environmental stewardship in the South China Sea to be “contradicted by the facts” and that Beijing’s assessments of the effect of its construction was “largely in disagreement with the available information.”