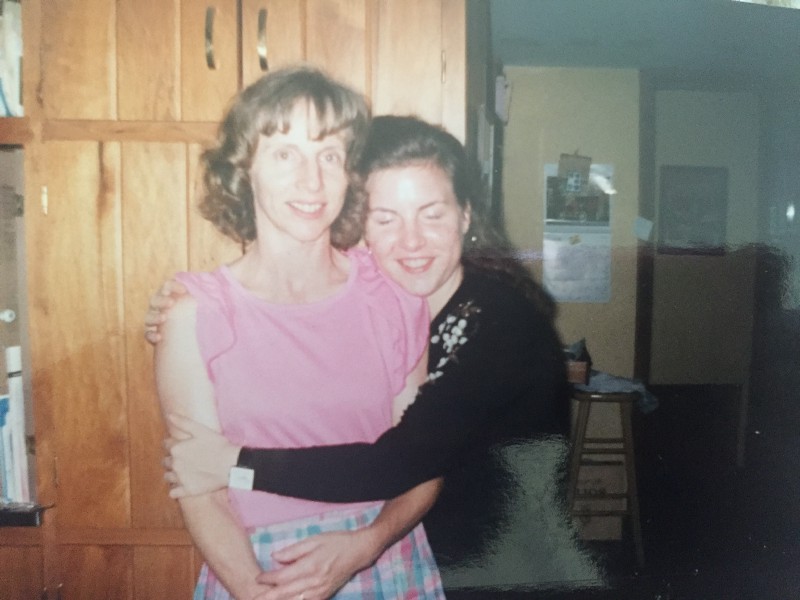 Last fall, I moved back home from overseas to spend time with my 75-year-old mother before dementia made her unrecognizable to me, or me to her. For now, we’re still familiar to each other, but watching her slowly lose her mind makes me sad, frustrated, and frightened.

Once in a while, though, it’s downright hilarious.

First, some perspective. My mom’s situation is not yet dire. Sure, she now asks me dozens of times a day what tomorrow’s weather is going to be. She forgets where the switch for the garbage disposal in the kitchen is, even though it’s been in the same place for two decades. When I go out of the house for a few hours, my mind conjures up scary “Home Alone” type scenarios she might get into. Will she leave the stove on? Wander off down the block and get lost? Let some burglars in? I’m starting to appreciate the anxiety she must have felt when she first left me by myself as an adolescent.

Yet even with my mom’s increasing limitations, she’s the same caring, sweet person I’ve known all my life. It’s just that now, she expresses her love in new and interesting ways.

Yes, jeggings. Pairs upon pairs of them.

It all started around my birthday in 2013, just before I moved to China. A package arrived in the mail from my mom containing a pair of these fashion faux pas. For anyone blissfully unaware of what jeggings are, just think of them as the devil-spawn of jeans and skin-tight leggings.

No, I’m not talking about skinny Levi’s with some Spandex stretchiness. I mean a piece of clothing that delivers all the comfort of pantyhose, with none of the durability of dungarees. With no pockets. And printed-on wrinkles. Despite the proclamations of the packaging — “One Size Fits Most!” — they make 99.9% of women’s legs look like sausages squeezed into casings two sizes too small.

In hindsight, maybe this was a warning sign that my mom really was losing her mind — after all, did she really expect her 40-something daughter to wear jeggings? In public? But I didn’t think too much of it at the time. I simply did what I do with a fair number of presents from my folks — smiled appreciatively, told them “thank you,” and tossed them into the pile of Things to Donate to Goodwill.

It was no big deal. After all, it’s the thought that counts, right? My mom, a paragon of sincerity who I don’t believe has ever given a gag gift intentionally in her whole life, honestly thought she was giving me something stylish and practical. That’s nice.

But at Christmas 2014 and 2015, more jeggings appeared. And I learned I wasn’t the only one who’d been getting them. Mom had been giving them to my sister and sister-in-law too, for birthdays, and Christmas, and other occasions. My sister even got a pair for her wedding. (In my mom’s defense, this gift didcreatively cover 50% of the bride’s needs for “something old, something new, something borrowed, something blue.”)

At this point, I really started to wonder: Where were all these jeggings coming from?

My mom essentially stopped driving more than a year ago. She never goes shopping by herself, doesn’t use the internet, has forgotten how to use her cell phone, and has never ordered things off QVC.

It is true that my parents do often shop at Goodwill. Could it be that they are re-buying the same pairs of jettisoned jeggings that I, my sister, and sister-in-law have been donating to charity? A vicious cycle of jeggings acquisition and disposition?

“We should start marking the packages with a little symbol,” my sister-in-law suggested. “This may be like catch-and-release fishing.”

I considered other possibilities. I guess it could be that sometime between 2010, when jeggings first invaded U.S. shores, and 2014, when my mom’s solo shopping trips to the mall trailed off, she could have bought a huge stash of them. She was, after all, one of those women who shopped for gifts year-round, and kept a cache of random things in the closet, just in case someone in the family needed a last-minute present for a birthday party, a housewarming, or an office secret santa exchange. After all, nothing says “Happy Holidays, boss!” like a pair of jeggings.

“Who wouldn’t like jeggings? They’re so practical!” I can imagine my mom saying to herself in a Marge Simpson-like voice as she filled her cart at the mark-down aisle at TJ Maxx and rolled up to the checkout.

But other possibilities occurred to me as well. Was there a door-to-door jeggings salesman, some sad, Willy Loman-esque figure who went from neighborhood to neighborhood in suburban Cleveland, trying to pawn off jeggings to elderly shut-ins by touting them as the latest fashion trend for the youngsters?

I like to think that if my mom did buy all these jeggings from a traveling salesman, she knew they were awful, but felt so sorry for him that she bought them out of a sense of altruism. I like to imagine it enabled him to put food on the table for his kids, or buy his wife an actual Christmas gift. “Think of it as trickle-down-jeggonomics,” one friend advised. 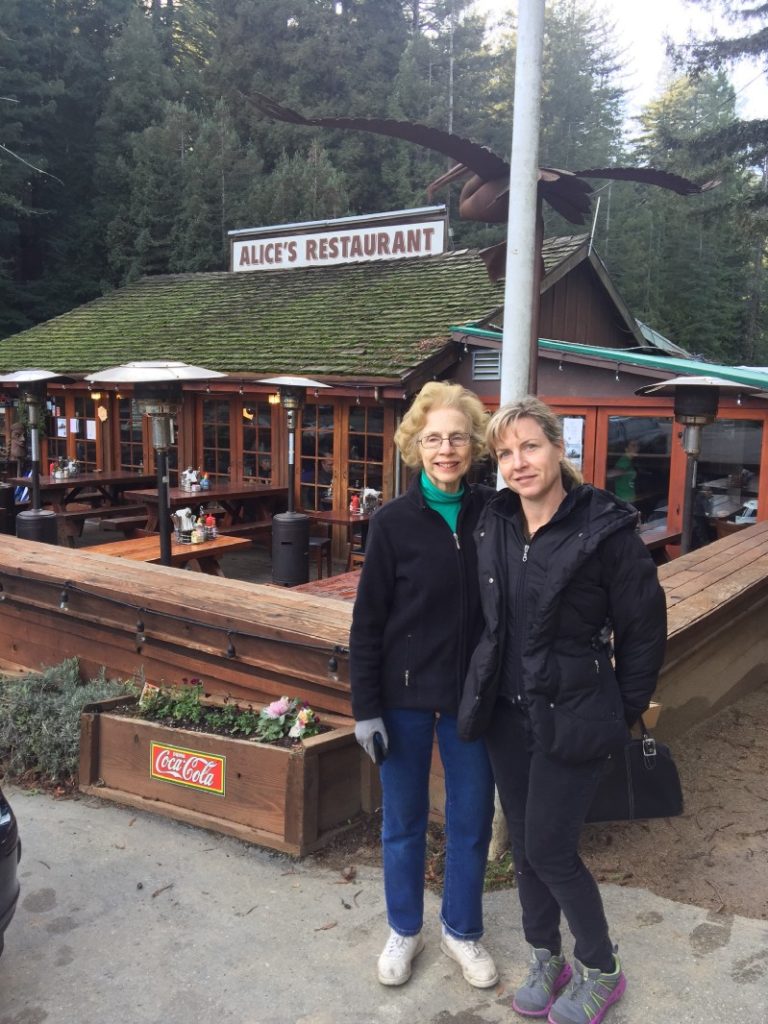 As Christmas 2016 rolled around, I was actually excited to see if I’d get yet another pair of jeggings. I’d already decided I was going to keep however many more pairs I got, because to me, jeggings have become symbols of my mom’s affection, talismans of her earlier, less-demented self that keep carrying forth that spirit into the present moment.

I realized, too, I had started to see jeggings as a barometer of my mother’s mental state. Under this semi-twisted logic, another pair of jeggings would mean she was holding steady. If she forgot to give me jeggings, I’d take it as fresh sign of deterioration.

I needn’t have worried. This year, I really struck the jeggings jackpot.

I got a pair on Christmas Day. “Thanks Mom!” I said, actually meaning it for the first time.

The day after Christmas, my brother and I went for a hike. When we came home, my mom walked up to me with another package. “I’m sorry, I forgot I had this other gift for you!” she said, thrusting a bag into my hands.

Score! Another pair of jeggings. These ones even had a printed guitar pattern on one leg. Rock-and-roll! I gave my mom a hug, marveling at her Houdini-like ability to keep conjuring jeggings out of thin air.

I went to bed. Maybe it was the eggnog, but I started musing: Am I the heir to a secret jeggings empire, and this is her way of slowly breaking the news to me? Is there a magical jeggings mine somewhere in our backyard, where Oompa-Loompa type characters toil in some kind of subterranean sweatshop turning out these hellish hybrids of two perfectly fine types of clothing?

But this was not the end. In a moment that calls to mind nothing so much as the Bill Murray movie “Groundhog Day,” my mom handed me another package on Dec. 27.

“I found this extra gift for you in my suitcase; I’m not sure you have any of these,” she said.

When I got done howling about my jeggings trifecta — three pairs in under 48 hours, a new world record! — I asked her where she got them.

She smiled, and thought for a bit, but came up blank.

Julie Makinen is on leave from her position as Beijing bureau chief for the Los Angeles Times and is a 2016–17 JSK Journalism Fellow at Stanford University. 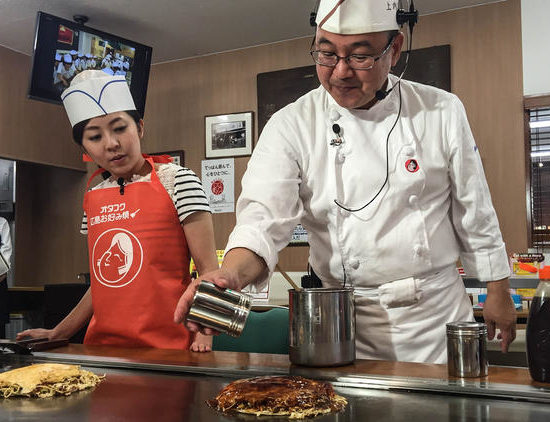